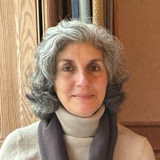 After graduating she did an internship with De Beers in New York and an additional internship with the magazine Harper’s Bazaar in Munich, where she worked as an editor after completing the internship.
In 1990, she founded a PR and advertising agency in Munich. She began her Buddhist studies following her first encounter with H. H. Drikung Kyabgon Chetsang in the late 1990’s. Inspired by Tibetan Buddhism, she founded Otter Verlag in 2000, and at the wish of H.H. Drikung Kyabgon Chetsang published an art volume on the Drikung residence monastery Phiyang in Ladakh. From 2005 until 2011, she worked for Vodafone Group R&D as executive assistant.
In 2012 she moved to Schneverdingen, and since then has been serving as the Milarepa Retreat Center’s Project Manager. 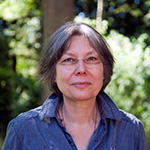 As the daughter of an architect, Angelika Binczik spent her childhood at construction sites, learned all the tricks and tools of the trade at an early age and together with her family, always accompanied her father when he visited his many construction sites throughout Germany.

It was there that she also acquired the knowledge of the various responsibilities of particular skilled tradespeople and what one must bear in mind when one checks the work of individual tradespeople. The idea of studying something in the areas of building and landscape architecture suggested itself. As she sang in a choir, she soon was given solo parts due to her tonal assurance and good voice, opening her path to music. She completed a study as an opera singer and was active as a concert singer until 1993. Following an automobile accident, she worked as a commercial graphic artist and coach.
In 1998 she met H. H. Drikung Kyabgon Chetsang and then travelled to Dehradun in India and visited H. H. Drikung Kyabgon Chetsang there. At H.H.’s request, together with Carolina von Gravenreuth, she undertook the task of photographing the entire art objects of the Drikung residence monastery Phiyang in Ladakh, interpreting them iconographically and in terms of art history, and publishing the results in an art volume. Thus she entered more deeply into Tibetan Buddhist philosophy and practice. Now she is delighted to devote all her energy and abilities in the Garchen Foundation and Milarepa Retreat Center. 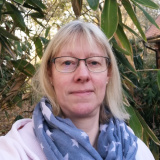 Heidrun Tödter-Schmidt completed her training as an industrial clerk with the Röders Company in Soltau. She then worked for 14 years as an office worker and DTP qualified person for the Angel Company, where she was responsible for general office work and handbook layout. In 2013 she worked as an office clerk in a skilled crafts business and she has been active at the Milarepa Retreat Center since 2014. 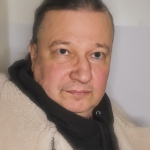 Piotr Krupa is our professional Polish Vegetable Chef with many years of experience in the Gastronomy.

In 1993, he met Namkhai Norbu Rinpoche in Krakow and began practicing Dzogchen. For several years before cooking, he worked as a sales manager, sales trainer. He also was engaged in social and ecological activities. In 2014, he met H.E. Garchen Rinpoche for the first time. A great inspiration for continuing cooking, were the words of Garchen Rinpoche, who, when he received a plate of Pakora during Teachings, said "This food is so good, that whoever made it must be a Bodhisattva".
At the same time, he cooked for Drubpön Rachel during her first visit to Poland. Since 2019 he works for the Milarepa Retreat Center in Germany, where H.E.Garchen Rinpoche is one of the Patrons. His decision to cook for the Milarepa Center, was an obvious choice and fulfillment of the inspiration and blessing of H.E. Garchen Rinpoche.